If you’re a classic car enthusiast, then you know all about the Chevy Camaro. It’s an icon of American muscle, and has been around since 1967 when it was released as a direct competitor to the Ford Mustang. With its sleek design and powerful engine, it quickly became one of the most popular cars in America and a symbol for automotive excellence. Let’s take a closer look at what makes the Camaro so special.

The Camaro was designed by Chevrolet with style in mind. It features a long hood and short back end that gives it an iconic sports car look. This style was enhanced over the years with different body styles like convertible tops or hardtop roofs and chrome trim on the bumpers. The car also featured large wheels that added to its aggressive stance on the road. In fact, many consider the 1969 Camaro Z28 to be one of the most beautiful cars ever produced.

Underneath that stylish exterior is power – lots of power! The original Camaro featured a 3.8L V6 engine that could churn out up to 150 horsepower -which is impressive for 1967! As time went on, Chevrolet added bigger engines, like their 6-liter V8 which could produce up to 400 horsepower! That’s enough power to make any classic car enthusiast drool! 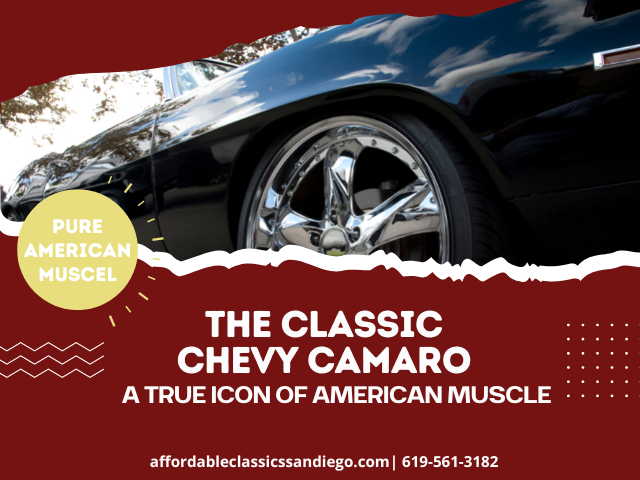 Since its inception in 1967, the Chevy Camaro has become an icon of American muscle cars and remains one of the most sought after classic cars today. It’s no wonder why; it combines performance with style in one package, making it the perfect choice for anyone looking for a classic ride they can enjoy driving on sunny days or taking to shows and rallies.

When it comes to classic American muscle cars, few can compare with the timeless design and power of the Chevy Camaro. From its iconic looks to its powerful engine options, it’s easy to see why this legendary vehicle has been around for more than 50 years now and still remains as popular as ever amongst classic car enthusiasts everywhere! Whether you’re looking for something fun to drive on weekend trips or something reliable you can show off at shows and rallies, there’s nothing quite like owning your own piece of automotive history with a Chevy Camaro! (Check out our inventory here!)

Ready to Sell Your Classic Car?

Affordable Classics San Diego specializes in purchasing classic cars. In 3 steps we’ll take the stress off selling privately and the risk of losing money at auctions by allowing you to sell your classic car online. 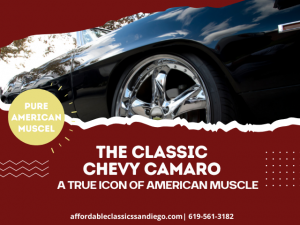 If you’re a classic car enthusiast, then you know all about the Chevy Camaro. It’s an icon of American muscle, and has been around since 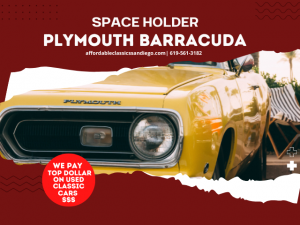 If you’re a classic car enthusiast, you know that the JAGUAR XK120 SE is an icon in the automotive world. This stunning and timeless piece 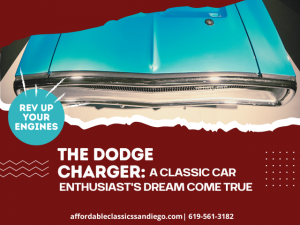 Are you an avid classic car enthusiast? Are you always on the lookout for cars that provide a unique combination of style and power? If